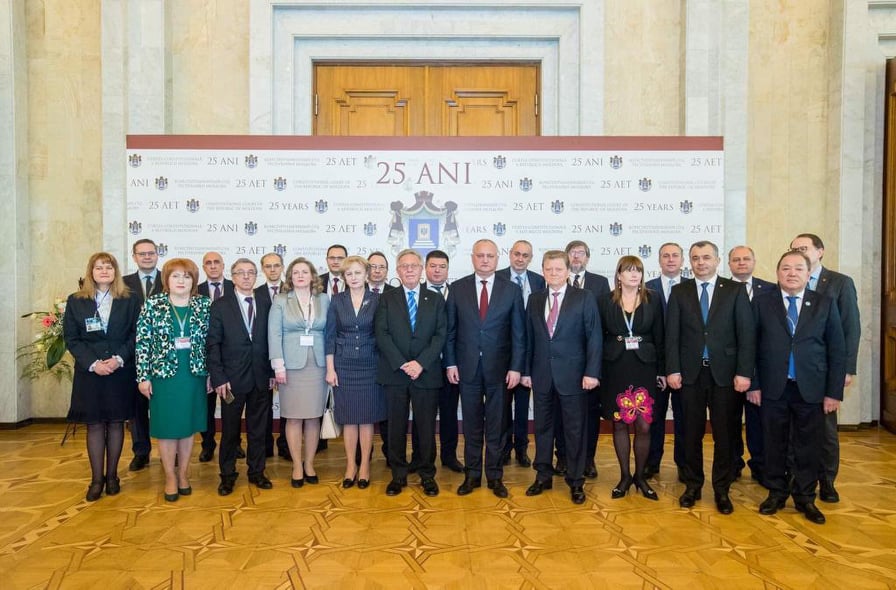 During the conference the Chairman of the Constitutional Court of Ukraine Oleksandr Tupytskyi delivered a presentation.

In the frame of the conference, a meeting of the President of the Republic of Moldova Igor Dodon with the heads of delegations took place.

During the visit, Oleksandr Tupytskyi also had a meeting with the Chairman of the Constitutional Court of the Republic of Moldova Vladimir Țurcan. The parties discussed a number of crucial issues, in particular as to interaction of bodies of constitutional jurisdiction with the Venice Commission, resolution of systemic problems related to the execution of judgments of the European Court of Human Rights as well as the ways to improve the mechanism of the protection of human rights at the domestic level. The parties also expressed support to each other and agreed to further develop good neighbour partnership.

In the frame of the visit, the delegation of the Constitutional Court of Ukraine held a meeting with the Ambassador Extraordinary and Plenipotentiary of Ukraine to the Republic of Moldova Marko Shevchenko, during which they discussed the state and prospects of the Ukrainian-Moldovan relations.

Furthermore, the Court’s representatives held a number of fruitful working meetings with the presidents of foreign constitutional courts.