- Ukraine has announced the start of large-scale reforms. What international relations are used in the renewal of constitutional rights and constitutional reforms in this process? - Last year, Ukraine adopted its new economic national security strategy, which emphasizes the need for relations with five countries, including Azerbaijan, to be at the level of strategic partnership. What role does constitutional activity play in this cooperation?

- Constitutional courts work more as part of regional cooperation. We belong to the Conference of European Constitutional Courts. As part of this structure, there is an exchange of experience among national courts and we have the opportunity to borrow some experience. In any case, cooperation goes more through the European structure than on a bilateral basis. Each country has its own constitution and each side defends its own constitution.

- On what issues does the Constitutional Court of Ukraine receive the most complaints?

- Based on my observations, I can say that most complaints come in the field of social protection, especially in the field of pensions. Specifically, this applies to the disabled of the Chernobyl disaster. The legislator often changed the level of social protection (the amount of disability benefits), and Chernobyl disabled people sought protection from us. In some cases, the introduction of changes by the legislature, entailing a reduction in the social protection of persons with disabilities, is a violation of the Constitution. In many ways, the constitutional complaint was successful for this category of citizens, we were able to protect the disabled: after our decision, the legislature increased the pension benefits for Chernobyl victims to some extent. At the same time, not only people with disabilities come to us, but also civil servants, officials, prosecutors who are not satisfied with the amount of pensions. Without really delimiting the sectors, I must say that complaints about human rights violations in connection with the application of the norms of procedural codes by the courts are in second place in terms of the number of applications. - Mr. Holovaty, in your opinion, are the constitutional rights of Ukrainian citizens fully protected? Are there any problems? If yes, what are they?

- The problem is to consider the complaint qualitatively and make a fair decision. I cannot assess the whole legal system. In 2016, as a result of the reform in Ukraine, a new institution of individual constitutional complaint was adopted. Only five years have passed, and we are trying to achieve our development on our own, to study what we base our decisions on. For example, we study the experience of the German Federal Constitutional Court. This is one of the oldest courts, whose developments in the field of substantive law are very interesting. People got more opportunities in connection with the introduction of this institution of individual constitutional complaint. This is an additional tool. That’s because if they don’t find support in the judicial system, they come to us, and we make every effort to protect them. If we see a problem, we take on its solution. This is our main purpose and duty.

- Regarding what areas are there more contradictions in the legislation?

- We’re not an analytical center. We are not a legislative institution that studies legislation. We deal with individual complaints, as well as constitutional submissions with which we are addressed in particular by the President or deputies when a particular legal problem is discovered.

- We often read in the Ukrainian media that the problems of the oligarchy create serious obstacles for people, society and the country as a whole. How do you plan to solve this problem?

- This is a question that is beyond our powers.

- You want to say that Ukraine has no problems with the oligarchy?

- In the Constitutional Court of Ukraine there is no representation on the legislative regulation of this issue, although the Law has been adopted. Now it is under consideration by the Venice Commission of the Council of Europe for compliance with European standards. No one has contacted us about this yet. Therefore, I cannot tell you anything about this right now.

- Are there any plans to update the Constitution of Ukraine through a referendum? - This question cannot be addressed to us, either. It is up to the politicians to decide: the president and the deputies.

For the first time in Russia, the Constitution was adopted in 1993. The first Constitutions in the world, limiting the omnipotence of rulers, appeared in the 18th century in France and the US. Our current Constitution is 95 percent in line with European standards. The rest part needs to be worked on and improved, bringing it into a completely modern look. But I am categorically against the second Constitution for Ukraine. This would mean that our current Constitution is bad. But this is not so. I am a supporter of the improvement of our national value - the Constitution of 1996, and not the creation of a new one. We have a good constitution. It can and should be improved, but there is no need for a new one. That’s because under the guise of a new one, it is possible to lose those European values ​​that we acquired by adopting in 1996 the one that is in effect now. 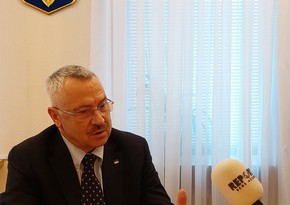 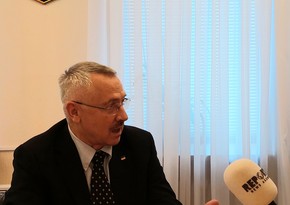 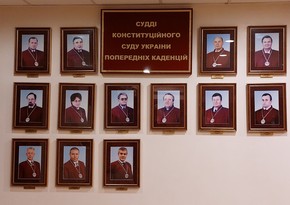 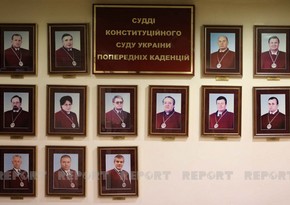